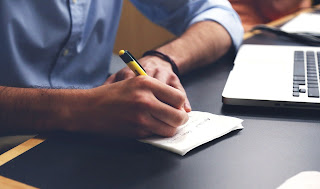 How to Write an English Precis?

Precis-writing is the art of compressing a detailed and lengthy paragraph to one-third while retaining the core ideas and pieces of the information expressed in the original paragraph. Writing a precis is akin to writing a summary of an article or a paragraph.

In this write-up, we will learn about the essentials of English precis writing. What exactly are we supposed to do when we are writing a precis?

What should be the length of a Precis?

Firstly, you need to know that when a paragraph is given to you, it consists of a certain number of words. When you make a precis of that paragraph, you are supposed to write one-third of the original paragraph. Let’s say, our original paragraph consists of 90 words. We will divide 90 by 3, the answer that is 30 would be the length of our precis.

We should omit the repetition of ideas.

Suppose the original paragraph starts with these lines:

It was raining outside. Cold gusty winds were blowing. People were walking outside wearing coats. Heaters were on inside houses. Ahmed made up his mind to visit the doctor.

As we can see that the first ‘four’ lines are the repetition of the same idea i.e. ‘it was a cold rainy day’. So, while making precis, we would write; ‘On a cold rainy day, Ahmed decided to visit the doctor.’ As you can see, we have compressed four lines into one single sentence.

Use simple and plain English

The purpose of writing an English precis is to reproduce the given information in the simplest possible way so that any ordinary reader would understand the information. For that sake, we must use simple and plain English while writing precis. Using difficult vocabulary and difficult idiomatic expressions aren’t advisable at all.

Maintain a Flow in Precis

While writing your precis, make sure the ideas presented are well connected and present an orderly flow of information. Your sentences should be well-connected and coherent. Doing this would make it easier for the reader to grasp the idea or gist of the information provided.

Do not add anything in the precis on your own.

While writing precis, do not try to explain, analyze, or give examples to clarify something. Your precis must be written objectively on the basis of whatever information is already provided. I repeat; no addition on your own.

Often in the paragraph, examples are provided that you need to omit while writing precis.

Some other key points are;

How to Write a Precis: Step by Step Guide

Before starting the precis, you should read and reread the paragraph at least three times. Often we read a paragraph, and we feel we have understood it completely in our first read. Give it a second and third read, and you will find other bits of information that went neglected in the first read.

While reading the paragraph to make precis, you would definitely come across some difficult words that would be hard to understand in isolation. Here, try to understand the meaning of those words in the context in which they are used.

One more thing; count the words of the paragraph and do the calculations for the length of the precis. The ideal length, as already discussed, is one-third of the original.

Once you are done with reading it at least three times, go for the first draft of precis. It would be better if you avoid looking at the original text while writing the first draft. Make the draft on the basis of the information you have already gathered by repeated readings.

Re-read your first draft and make sure your sentences are well-connected and the information provided is not repeated anywhere.

A Quick Tip: Make sure that if you are again asked to write a precis of the precis you have just written, you would find no room for the further omission of information.

Keep editing your precis drafts unless you find it perfect and compact.