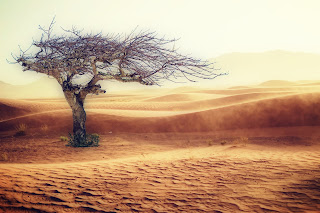 In this essay, we will discuss the impacts of climate change on the socio-economic fabric of Pakistan. Since we all know that with rapid industrialization, the global temperature began to rise insidiously due to the emission of carbon dioxide and other greenhouse gases.  According to the NOAA 2019 Global Climate Summary, the combined land, and ocean temperature has increased at an average rate of 0.07°C (0.13°F) per decade since 1880; however, the average rate of increase since 1981 (0.18°C / 0.32°F) is more than twice as great.

The rise in global temperature has posed multiple threats and challenges to the very survival of mankind. The melting of glaciers, rising sea levels, changing rain patterns, floods, and droughts have alarmed the international community.

According to the World Health Organization, as of the year 2030, climate change is expected to contribute to approximately 250,000 additional deaths per year, from malnutrition, malaria, diarrhea, and heat stress.

Impacts of Climate Change in Pakistan

According to the Labour Force Survey of 2017-18 conducted by the Pakistan Bureau of Statistics, thirty-nine percent of the country’s labor force is engaged in agriculture (30.2 percent of males and 67.2 percent of females). In total, the agriculture sector contributes 18.5 percent to the country’s GDP. With the increasing rise in temperature, the agriculture sector is suffering from the worst blow. As water is the backbone of any agrarian economy and society, Pakistan is currently going through the water-crisis; with per capita availability of water is merely around 1000 cubic meters. Due to the rise in the temperature, the water from the soil is evaporating quickly, coupled with the fast-melting glaciers, ringing serious alarms for the water, food, and economic security in the country.

Moreover, climate change also impacts the rain-patterns resulting in prolonged droughts, especially in warm regions. The dry soils due to the rise in temperature with diminished plant-cover can further suppress rain-fall in already dry regions. Prolonged droughts in the region would ultimately impact crop production, resulting in the increased food-security and price hikes that would give way to social unrest, famine, and migration.

Also, the fall in crop production results in a sharp decline in Pakistan’s agriculture export trade widening the trade deficit, which ultimately impacts the already fragile economy of Pakistan.

In addition, India also exploits the downstream status of Pakistan to hit it worse whenever possible. For example, when Pakistan suffers from an acute water shortage, India manipulates its upstream status to block the waters of Pakistan. Similarly, when Pakistan suffers from massive floods due to melting glaciers and changed rain patterns, India adds insult to injury by dumping more water in Pakistan from its upstream dams.

The internal migration and population displacement would further give way to the insurmountable social challenges. It is estimated that with the further rise in temperature by 3 to 4 degrees Celsius by the end of the ongoing century, the entire lower Sindh would be left unsuitable for crop production such as wheat cultivation. This would ultimately cause population displacement and migration to the urban centers on a large scale. Resultantly, the already overburdened cities would find it difficult to cope up with the massive influx of people, giving rise to ethnic tensions, crime infestation, and political instability.

Pakistan also experiences the frequent occurrence of severe cyclones and storm surges due to rising atmospheric and sea temperatures. These events, accompanied by rising sea levels, threaten the coastal cities and areas such as Thatta, Badin, Karachi, etc. which also results in large-scale migration of people from the coastal areas.

Moreover, Pakistan is also facing increasing heat waves due to climate change. Studies show that the heatwave incidence in Pakistan may increase by 75 percent in 2030 and 277 percent by 2090. As we have already discussed how rising temperatures impact the yields of various important crops. Moreover, heat waves can result in deaths on a large scale. In June 2015, more than 1,200 people died of heat-related illnesses in the southern port city of Karachi when temperatures soared to 49 degrees Celsius.  In May 2010, the city of Mohenjo Daro, also in southern Pakistan recorded 53.5 degrees Celsius, the highest ever recorded in Asia.

In a nutshell, climate change and the rising temperatures are proving to be disastrous for Pakistan’s socio-economic fabric in multiple ways. It is high time that at the state level, governments must put sincere efforts into implementing the internationally introduced policies in order to curb the undue carbon emissions into the environment. If not curbed in time, the rising global temperatures would prove to be the death knell for the whole of mankind on the earth.