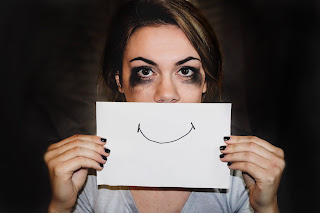 ‘Sushant Singh Rajput has committed suicide’. This was the news that changed my perception of depression and suicide. It was reported that he was suffering from depression. When I looked into the matter, I was forced to change my beliefs that it is not the poor people only, who suffer from depression in life. Rather, depression can hit anyone anytime in life.

As a diagnosis, it is said that depression is a product of chemical imbalance. However, a number of medical reasons are associated with depression. We are not going to talk about them in this article.

I would like to raise a point that requires your key consideration. When someone commits suicide, we tend to criticize him without realizing that it was ‘collectively’ us, as a society, who have pushed that person to the verge of death. Our judgmental society is very quick to blame the depressed person for his ailment, pointing out that the person is far from religion. He commits sins. He needs to repent. This is what we suggest to others as the reasons for depression and its remedies.

But, the reality is something else. As fever is a bodily disease, likewise depression is a mental disease. As fever doesn’t usually go away without proper medication, similarly depression also requires medical treatment. I do not think that religion has anything to do with depression. Depression can equally hit people without taking into account their faith and religious beliefs.

We should not be apathetic towards someone who is suffering from depression.

Depression and suicide cases have increased and are increasing day by day. In the past, these cases were very uncommon. As people used to live together mostly in joint families, they used to share happiness and sorrow with each other. This familial bonding served as a shield that kept anxiety and depression attacks at bay.

However, about the causes or reasons behind the surge of cases of depression in contemporary times, what I think is; the world is becoming increasingly materialistic. Everyone is busy in pursuit of wealth. Today, families are scattered. Even though the technological revolution has globalized the world, yet every single person is going into isolation. Even, people sitting under the same roof remain busy in their own world. Ultimately, a sense of loneliness invites depression. 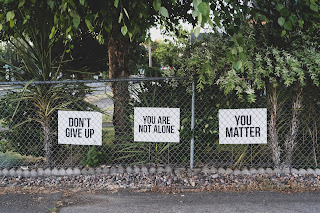 Though depression requires proper treatment, and the case must be referred to a psychiatrist/psychologist; however, at the initial level, we can also help a depressed person. All a depressed person needs is your attention. You can help him by making him realize that you understand his situation fully. Tell him that the problem he is facing is very commonly faced by almost every 3rd person and that you understand that this problem usually gets way beyond the control sometimes. Listen to him whatever he wants to say. Stay sympathetic towards him. Agree with him in whatever he says. Give him hope because a depressed person is always hopeless.

Our religion ‘Islam’ also provides clear instructions to deal with such depressing moments of life. At many points, the Quran says, ‘Be patient!’ when you are faced with harsh circumstances. Patience is the key to tackle depression. In another place, the Quran says, “So, Verily, With Every Difficulty, There is Relief”. If we have this strong belief that our depressing moments will surely be followed by relief, then only we would be able to practice patience in the true meaning.

Moreover, we also need to understand that this life is a test. We are being thrown to difficulties just to test our patience. The phases of depression are also moments of trials and tests. The only way to succeed in it is to stay patient.

In the end, if you are the one who is facing depression right now, you must understand that nothing in this world is immortal. Similarly, your depression is also a transient phase that would eventually go away. Do not lose hope as there is always light at the end of the tunnel.  Give a vent to your pent up emotions. Talk to your family about your mood. Speak with friends about it. Pray and be patient. Believe me; it won’t last long like anything else.