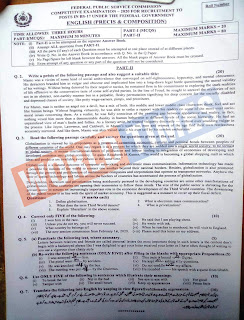 Manto’s writings were regarded as immoral and hence received much criticism. However, he remained determined in exploring the realities of life offensive to the conservatives. In his work, he unfolded the mysteries of sex. His writings dealt with the social and moral issues of the marginalized classes of society. His characters were ordinary people with flaws. He was cognizant of the hypocrisy in human nature. His literary works have mirrored the true picture of society.

Word Count of the Original Paragraph: 250

Also Read: How to Write a Precis

ShareTweet
About admin 158 Articles
The admin chose to be incognito. He is a curious mind and a passionate writer. Also, a bibliophile, a gamer, a teacher, and a learner. He tries to stay updated on everything happening around the world!